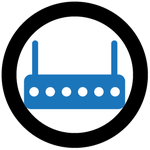 X1 box on but no picture

Every time I turn on the box after the box turns off (which turns off after a few hours because Comcast doesn’t allow its box to turn off with the POWER button), my TV says no signal. I have to power down the box manually, and then turn it back on manually, for the signal to show up on my TV. I’ve tried this on all 3 HDMI ports, and I’ve tried other devices that work fine when I turn them on (Xbox, Antenna, Apple TV, Roku). The Xfinity box is the only one that requires special attention.

There is clearly a handshake issue going on with the Xfinity box, this is not a TV issue. I’ve had 2 boxes and they both produce this issue. An older Xfinity box never had this issue - only the newer box.

This is clearly a problem with other users as these aricles are all over this website. I’ve seen this at my friends’ homes too.

This is silly and should not require a paid “technician” to come to my house.

How can can this be fixed?

Have you tried turning off the power saver mode in the device power settings?  I think some TVs have a problem repeating the HDMI handshake when the box wakes up from sleep.