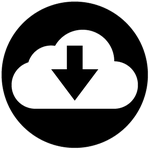 Comcast has deleted 86 of my approximate 110 hours of recordings without my permission. The DVR stopped working and I had to get another. The DVR that stopped working stated it was about 90% full. I have tried to deal with Comcast's terrible Customer Service to no avail. I have even contacted the Consumer Dept. of a local tv station but have not received a response yet regarding my complaint. I just want my recordings back without having to re-record them. I can see the titles on the TV Remote App but am unable to watch them. I am so frustrated and angry!!!

When you swap the dvr, you’ll only have access to the last 60 hours recorded(eventually increasing to 150), regardless of what the percentage was. And as you record new shows the others will drop and disappear. Nothing dastardly, just how the cloud dvr works

I was just giving you an explanation why. Keeping all your recordings over a limit is not how cloud recordings work, it’s good that they’re upping the limit. Your old recordings are gone for good

Absolutely ridiculous! I should be able to keep ALL of my recordings as long as I do not exceed my max percentage!

Thank you. I am not upset with you. It just isn't right when I did not have a choice when my DVR stopped working that my recordings were deleted without my permission.

I recorded 4 movies from TCM when Julie Andrews was a guest programmer a year ago. I never got around to watching them. All I had on my cloud DVR was those 4 movies. I was evacuated from my home due to fire risk and set the recordings via the Xfinity Stream app. My X1 box failed and I got a new one, the Flex box for cable use. It is garbage. Worst sound quality from any Xfinity box ever. I pay extra for DVR. In the past, Xfinity has deleted dozens of my DVR recordings with no warning.

There needs to be a class action law suit over this!

I've paid for something only to have it taken away.

I cannot get those Julie Andrews recordings again, ever!

She was interviewed by Ben Mankiewicz for 3 of those movies.

They are GONE forever.